Skip to content
How to add music in InShot Android app. No doubt, music or song is the second most important element after video in the process of making films, advertisements, television shows, and other video productions. 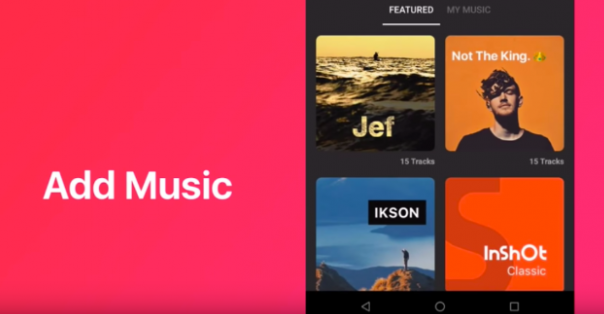 The function of music or song here is to further liven up the atmosphere or story that is happening in the video image.
Some of the people I encountered after watching horror movies, they felt more afraid of the background sound of the film compared to the ghost figure shown.
This clearly shows that the sound of music or song is very instrumental to bring the emotions of the audience, even can exceed the atmosphere in the film itself.
You already know that adding music to a video is important. Therefore, let’s follow how to add music in InShot app which I will discuss below.

Visit also: How to add transition in InShot Android app

How to Add Music in InShot Android App

Before you follow how to add music in InShot video, all you have to do first is set up a music file or song you’ll add. Otherwise, you can also use the list of music that has been provided in the InShot app itself.

How to add photo to video in InShot

That’s the tutorial how to add music in InShot app as video background. In addition to these tutorials, I also discussed a lot of tips and tricks around video editing using the InShot app on Mangidik blog. You can subscribe to this blog by registering your email address in the Subscribe box below. Thank’s.