How to slow down audio speed. It’s undeniable, one of the most important elements that are usually added when editing videos is audio, be it music, songs, sound effects, sound recordings, and so on. Of course, the audio that will be added must undergo several editing processes in order to make the video more interesting. 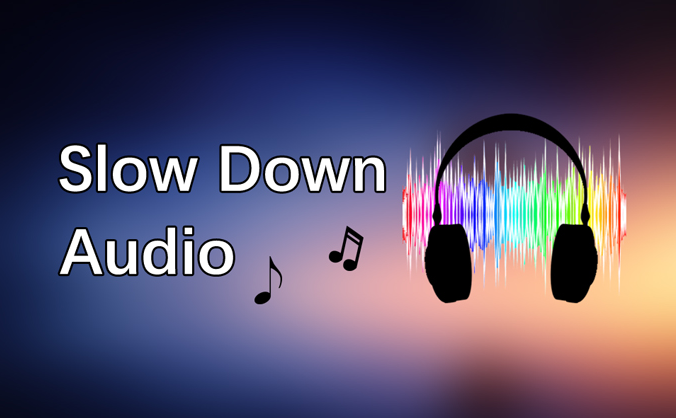 One of the editing processes that content creators usually do is change the audio speed such as increasing it or making it slow down. Making audio sound slower can help creators adjust the movement of objects in the video to the very fast beat of the song.

For example, some time ago on the TikTok platform there was a trend of a challenge to make a dance video with a glitch effect using a song called “listen to me now”. If you know, the song has a very fast beat, so you have to slow down the audio speed. If you don’t slow down, then of course your or other TikTok users will have a hard time taking up the challenge.

To slow down audio speed on Android, there are many dedicated audio speed changer apps and video editor apps on the Google Play Store that you can use. One of those applications that I will recommend in this article is CapCut or previously known as ViaMaker.

Without further ado, here is a tutorial and step by step how to slow down audio speed in CapCut that you can learn and practice.

How to Slow Down the Audio Speed

CapCut is a video editor application like KineMaster, VN, and others. Therefore, you have to create an editing project with one video or photo in it before you can slow down the audio speed. Only after that, you can immediately follow the tutorial below.

To return the audio speed to normal, in the same way you only need to increase the audio speed to 1 time which is the normal speed point in the CapCut application. You can also watch the YouTube video below for a more complete tutorial as well as an example of editing a video using slowed audio.

Well, that’s more or less the tutorial and steps on how to slow down audio speed on Android using the CapCut application. If there is something you want to ask me, you can convey it through the comment box below.